Drawings and Paintings of Orson Welles 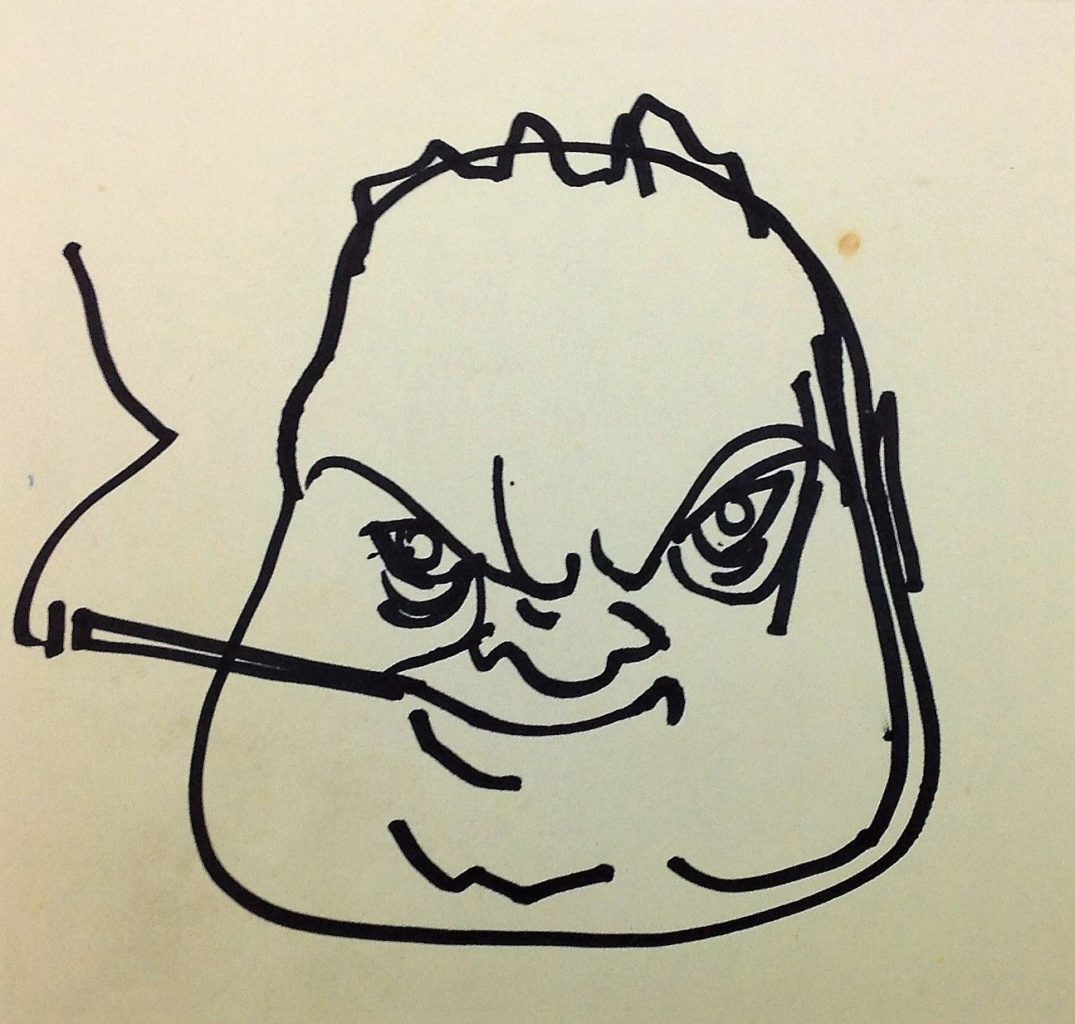 Orson Welles was one of the dynamos of the 20th Century. He reinvigorated theatre, did the some of the most daring radio of his times, and made a number of the best films ever made.

He was everywhere – friends with Picasso, writing speeches for Eleanor Roosevelt, etc. – and much of his creativity was seen and assessed.

But behind the headlines and acclaim, and especially when funding for films fell through, Welles couldn’t stop drawing. He studied at the Art Institute of Chicago, said that painting was his first love and, for more than six decades, across the world, sketching was his pleasure, his outlet, his consolation.

Now, for the first time, many of the master image-maker’s sketches and designs are being exhibited. Welles’ third daughter Beatrice has given permission for them to be shown.

We know the imagery of Orson Welles, and the themes of power and love that he addressed, but these sketches, designs and Christmas cards give us new insights into his life and work.

The estate of Orson Welles is willing to sell the Welles artworks on display to a major film museum, or to individuals, as a complete collection, in individual thematic groups, or as one-off artworks. Email mark@markcousins.org for more details.