Kurt Schwitters has left the building : story and dispersal, legacy and (re)possession 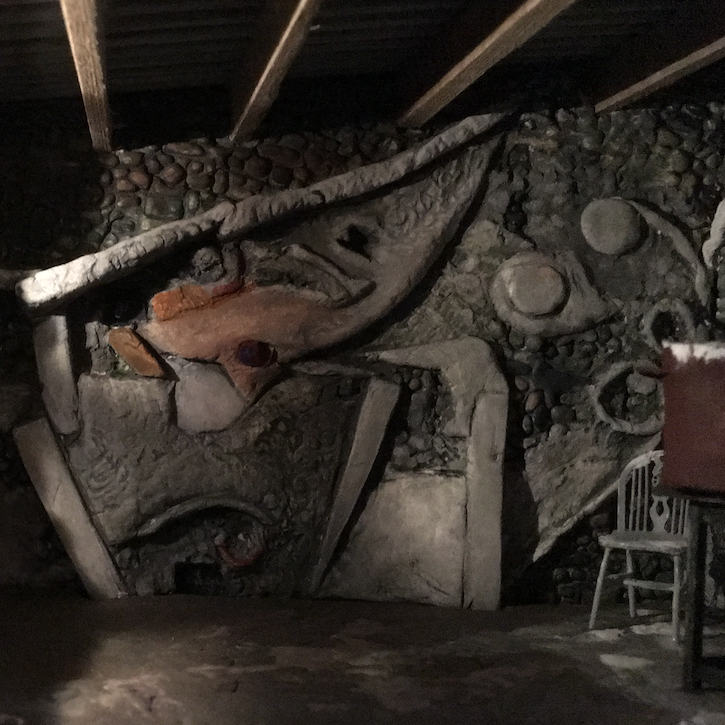 On the 70th anniversary of Kurt Schwitters death The Times announced that Schwitters’ last (place of) work, the MERZ Barn in Elterwater, Cumbria might be bought by a Chinese collector and shipped abroad. Fifty years earlier the plaster wall Schwitters had built in the MERZ Barn was removed under the supervision of artist Richard Hamilton and reinstalled in the Hatton Gallery in Newcastle. In 2017 Robert McDowell acquired three more obviously portable Schwitters’ portraits to show at Summerhall. David Rushton converted Sanquhar’s lemonade factory into the MERZ Gallery and Residency, inspired by Schwitters’ reconstruction and fabrication and post-Schwitters interventions on the mobility and representation of work and place. Martin Green’s recent residency at the Sanquhar MERZ riffs on coincidence and similarity between Schwitters’ practice and his own both represented in ‘a new place’.

‘Kurt Schwitters has left the building’ explores what’s saved with art-work, what might be salvaged or re-built in reconstructing its stories and how these stories sustain or possess a legacy.