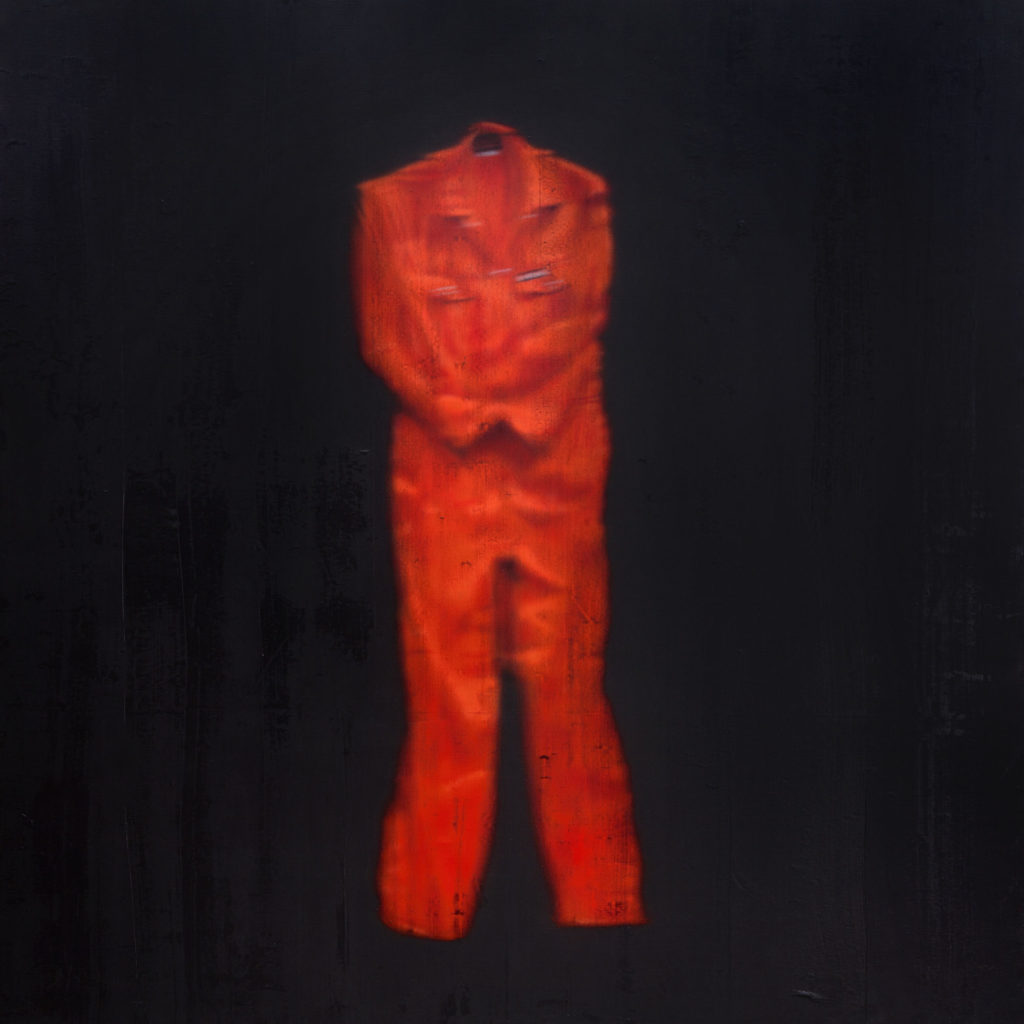 LIFE DURING WARTIME is a survey of paintings exploring themes of military, social and political conflict around the world dating from the artist’s appointment as the Imperial War Museum’s official artist for the Gulf War of 1990-91. The exhibition includes paintings from the 1992 Gulf series, which brought Keane to national attention and even provoked tabloid outrage over interpretations of his imagery, together with later work from Israel and Palestine, where his paintings document people living within a landscape of violence. Subsequently he also addressed the post 9/11 rise of global terror, addressing the consequences of wars waged in distant locations and the blowback of terrorism this has fostered closer to home. Other recent subject matter has included Stalinist and contemporary Russia (including the 2002 Moscow theatre siege), post conflict Angola, and the Rwandan genocide.

While emphasising the primacy of painting, Keane’s working process has embraced digital technology and inkjet printing, and for years every painting has begun on a computer screen. Imagery is then reworked both on the screen and then by hand, using paint and inks until often the underlying impressions are almost entirely overlaid, suggesting psychological and emotional truths resisted by, and missing from, the initial imagery. These are paintings, not pictures, objects with a physical presence to be seen in every detail, not merely images for depiction via the printed page or screen.

Over 30 years John Keane became the foremost political artist of military and social conflicts around the world, addressing both the events themselves as well as the prism of mass media through which they are filtered.  From the ‘truth’ (or otherwise) of the mass media Keane seeks to tease out truthfulness, and never has that been more relevant than in today’s internet age.The question for an artist is what can art add, with its different emotional empathy and latitude? This is not necessarily about the emotional power or finding a different understanding, so much as finding another perspective for the viewer to think harder and to look more intensely.

Keane studied at Camberwell and has exhibited internationally. His works are in many public and private collections including the Imperial War Museum, Gallery of Modern Art Glasgow and Aberdeen Art Gallery. He was made Visiting Professor at the University of the Arts, London in 2000, inaugural Artist in Residence at the School of International Relations, University of St. Andrews, 2014-2017, and he was main prizewinner of the Aesthetica Art Prize in 2015. He has worked with organisations such as Greenpeace and Christian Aid, and is portrait commissions have included Mo Mowlam for the National Portrait Gallery and Kofi Annan for the United Nations. He lives in London.

“I am interested in the process of painting, and I am interested in why human beings want to kill one another for supposed political or religious ends. These two apparently diverse preoccupations I attempt to reconcile by smearing pigment around on canvas in an effort to achieve results whose success can perhaps be measured by how well it disguises the sheer absurdity of the attempt. When I went out to the Gulf  in 1991 little did I suspect events happening there could still be of urgent concern for global security more than a quarter of a century later. Over subsequent years a thread of historical continuity can be detected through my output, and while the subject matter in each series may have been selected on its own merits, hindsight reveals a detectable, if unintended, narrative.”