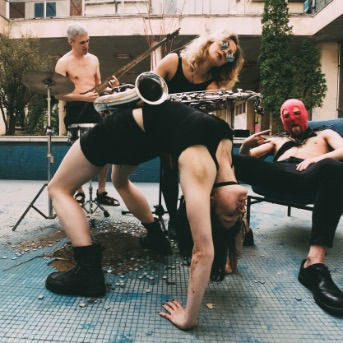 Following their Sold Out 2017 Tour: PUSSY RIOT ARE BACK!

PUSSY RIOT need little introduction, the Russian protest art collective have one of the most important voices of the last 10 years whose lyrical themes include feminism, LGBT rights, and opposition to Vladimir Putin.

Gaining global notoriety in 2012 when three members, Maria Alyokhina, Nadezhda Tolokonnikova and Yekaterina Samutsevich were imprisoned for “hooliganism motivated by religious hatred” for their performance inside Moscow’s Cathedral of Christ the Saviour.